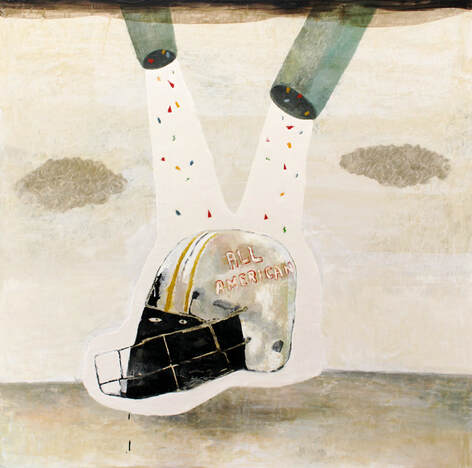 The sport of football is one of America’s greatest pastimes and brings people together from all different walks of life, but what does it mean to be “All American”? For Buehler he says, “I come from this American background and I’m definitely entrenched in the culture. But at the same time, I recognize traits and peculiarities that are quite foreign to an American experience.”—Fidalis Buehler, 15 Bytes, 2017
​
Buehler grew up in the Midwest with his American father and Micronesian mother. Like many people of blended backgrounds, he had that uncanny sense of never being fully part of either culture. His multiethnic background has allowed him to work out personal issues and ideas through his paintings. In this work he shines the light on what being American means and celebrates the diversity of cultures that our nation was built on. 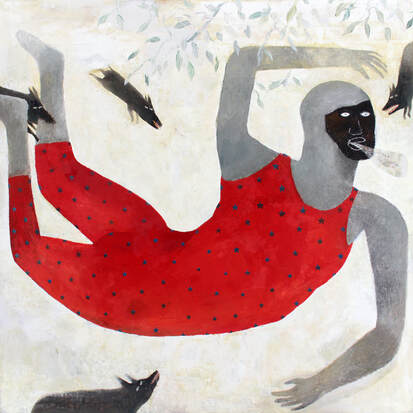 ​
​Buehler’s work is full of folklore and mythic elements. He shares,
​“I use the word, “me-myths” to reference all these things as part of my story. I own them. These are things that are part of the broader culture but I appropriate them, I am controlling them, using them to explain my own situation. Or strange situations that I think are part of my own upbringing.”—Fidalis Buehler, 15 Bytes, 2017